U bevindt zich hier: Home | About us | History Molenpad

The Garage Spaces of the Golden Age

You don’t notice them right away, but who knows were to look for will see them inmediatly: the coachinghouses. The Garage Spaces of the Golden Age. Particularly you will find many of them in the streets behind the main canals. Now they are houses and offices. No coaching house has its original destination.

At the end of the 16th century the wealthy inhabitants of Amsterdam travelled by coaches. It was invented in Hungary, in the little village Kocs. The kocs or coach became popular in het Golden Age. In 1595 there were so many coaches in Amsterdam that they needed one way streets. And parking became a problem. Just outside the city there was specialy space reserved for the the so called coachinghouse squares. The noise of the coaches ratling on the pavement was immense. In 1643 they tried to ban the coaches from the city.

Around 1660 special coachinghouses were planned and build. The main canals got an extra street in the middle, so that coachinghouses could be build in the back garden. The Kerkstraat and the Reguliersdwarsstraat are good examples were one can find around 45 coachinghouses. In total Amsterdam has more than 200 coachinghouses.

In 1896 The newspaper Het Handelsblad writes about the end of the private coaching company. The car is pushing the coach of the stage. The old coaching houses were then used as restaurant or sometimes even a discotheque. Like the one on the Reguliersdwarsstraat 42, Club NyX, a former coachinghouse that was build for the house on the Herengracht 493.     [Text Charlotte Goede]

Het Molenpad with the church, de Nieuwen Waalen Kerk on the corner of what now the Pro-Fysio is. On the left in the middle of the street you will find CENTERSOUND. 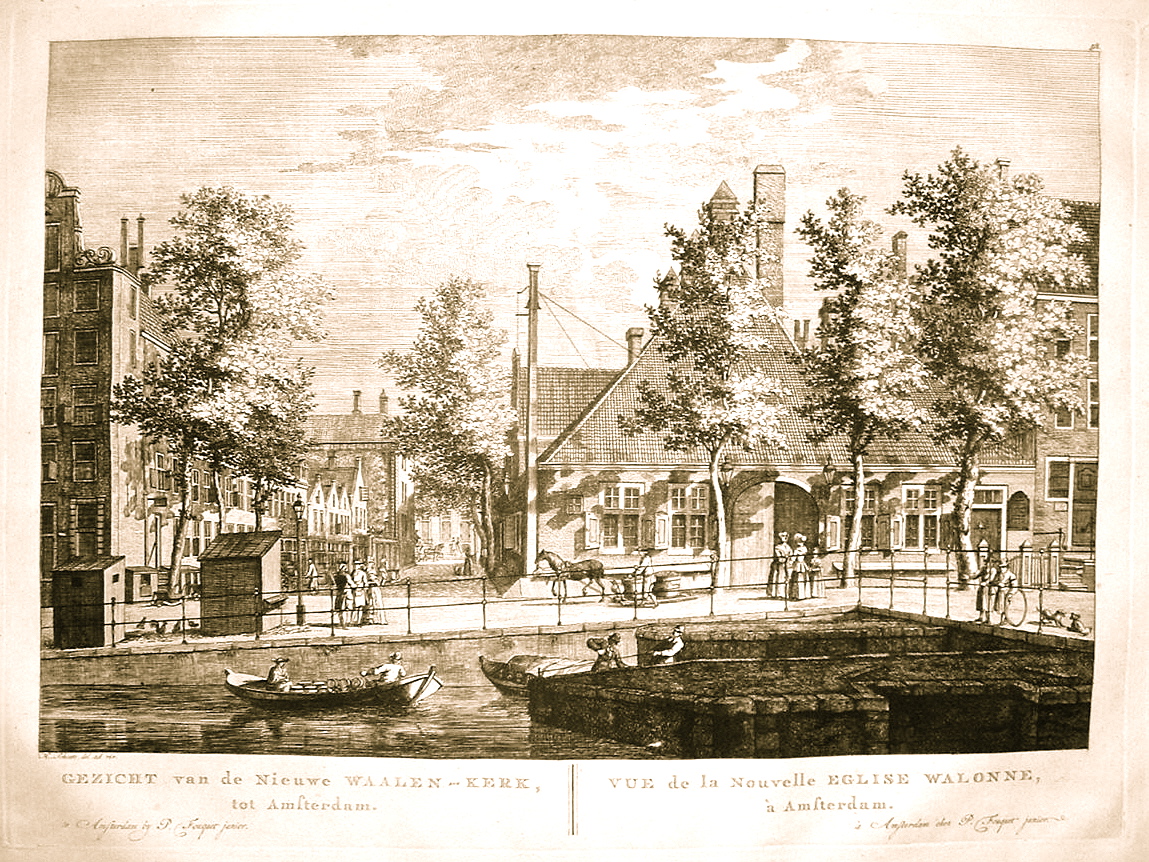